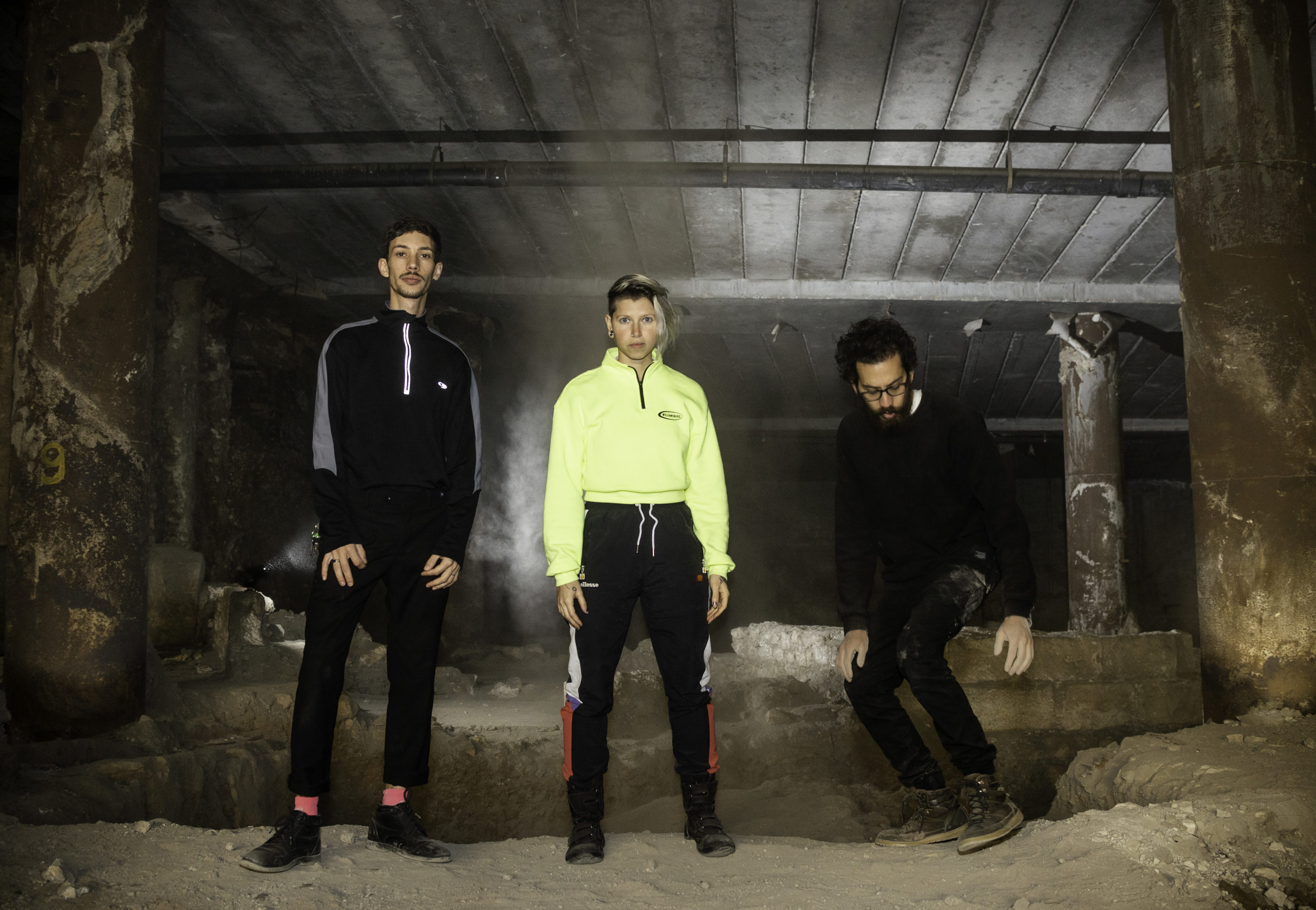 WACKELKONTAKT is a three-headed A/V psychotrap project that currently spearheads the Jerusalem experimental scene. From R&B to hip hop to industrial to power electronics and back to local influences, Wackelkontakt have already made a global mark with the sensory overload of their live multimedia performances and the scintillating presence of frontwoman Tomer Damsky AKA MC Slice, backed by Eyal Lally Bitton (electronics, visuals, scenography) and Marco Milevski Tomasin (drums and electronics).

Since 2018 the three have been developing an aesthetics manifested in their performances, sound installations and site-specific events, which challenge the relationship with the audience through social dissonance and emotional conditioning. Besides creating an ever-changing multisensual spectacle, they produce gallery peroformances and sound design for theater and dance.

WACKELKONTAKT’s visual and sonic language is a result of the boiling life on the border between East and West Jerusalem, present in their work with a sense of an absurd vitality, paranoia and isolation.

“The record is an accomplished and bold debut from a group at the forefront of Jerusalem’s defiant art scene […] Wackelkontakt are staring, screaming and spitting into the void, but forever will the void be too afraid to spit back”. (The Quietus)

Jerusalem’s foremost “psychotrap” outfit transform the writing of Michel Foucault, the philosophy of Deleuze & Guattari and the poetry of Antonin Artaud into cacophonous experimental hip-hop. (Factmag)